Next Level GPU Rendering in V-Ray Next

This week we take a look at the major advances in GPU rendering coming with V-Ray Next — nearly all of which can be experienced in the upcoming V-Ray Next for 3ds Max, beta 3. These improvements are so significant that we’ve officially renamed our V-Ray RT renderer to V-Ray GPU, as its feature-richness, professional workflow, and impressive speed establish it as a powerful production renderer in its own right. V-Ray GPU will continue to accompany V-Ray in our products, providing a highly interactive, physically based solution that takes full advantage of all GPUs and/or CPUs in the system. Whereas V-Ray has over 20 years of features, V-Ray GPU supports the most popular V-Ray capabilities using the same scene setups — and the increased extent of that support is what we’re highlighting today.

First, we’ve made it easier than ever to use V-Ray GPU in production. Now in V-Ray Next for 3ds Max, when you switch the renderer to V-Ray GPU, the interface will update to show only the features that are compatible with GPU rendering. This lets you set up V-Ray GPU scenes with complete confidence, knowing that everything you choose in the interface is supported. Next, you now simply pick the processors you want to use and the right mode is chosen for you. We even verify that your driver is supported. Your interactive results also mirror that of final production as the settings for both are now shared. And because V-Ray GPU uses the same Quasi Monte Carlo (QMC) sampling on both CPUs and NVIDIA GPUs, you’re guaranteed to get the same results across your render farm. 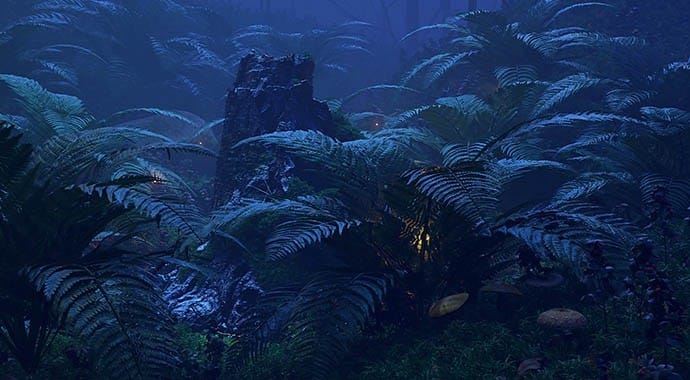 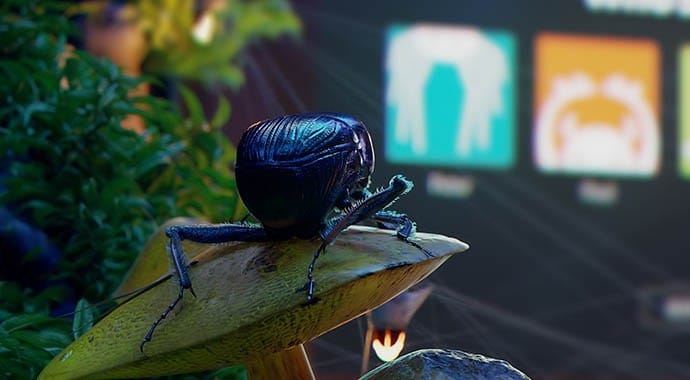 Smart features coming via V-Ray Next

The smart features of V-Ray Next are also available in V-Ray GPU. The new Adaptive Dome Lights halve the time of your image-based environment lighting with nearly no setup or parameter tweaking. Quality and capability have really climbed starting with Displacement — which now delivers results equivalent to V-Ray with far less processing time and memory than before. Glossy Fresnel and the new Hair Shader 2 provide additional realism and character options while Environmental Fog and Volumetrics (for both Phoenix and OpenVDB) really open up new production possibilities. Whenever V-Ray GPU gains features, they’re also GPU-accelerated, meaning you now have superfast feedback for achieving the right look, character nuance, or alchemy with smoke, fire and fluids.

Faster GPU rendering in V-Ray Next

V-Ray Next brings a massive speed boost to V-Ray GPU. After upgrading, you may feel like you’ve doubled your system’s GPUs. A new kernel architecture increases GPU performance overall, doubling it in many situations, while also making it easier for us to add features and adapt to future GPU architectures. As an example, V-Ray GPU is 47% faster on NVIDIA’s new Quadro GV100 GPU than it is on their previous Quadro GP100 flagship. It’s also 10 to 15 times faster than an Intel Core i7‑7700K — which is pretty impressive given we do our best to ensure the CPU performance of V-Ray GPU stays on par with that of V-Ray. Through our continued support of NVLink, a system housing two GV100’s provides 64GB of memory for handling large scenes — all interactively.

We’re finding more and more productions using just V-Ray GPU for its fluid editing and fast rendering, and we’re sure this trend is going to grow with V-Ray Next. Expanded third party support for solutions like Forest Pack, Forest Color, MultiTexture, and Bercon Noise are enabling many more productions to use V-Ray GPU exclusively. New post production capabilities like Automatic Exposure, V-Ray Denoising across combinable render elements, and the interactively fast NVIDIA AI Denoiser, extend the production use of V-Ray GPU considerably. Given this trend, you can expect to see more production-oriented features like Bucket Rendering, Deep Image support, and VFB2 integration coming in dot releases.

And Next is Real-Time

While production rendering is important, we’re not forgetting real-time. Our open beta of V-Ray for Unreal is available now, and our solution there is designed around V-Ray GPU. Scenes authored to use V-Ray GPU will transition cleanly into real-time equivalents for the Unreal Engine runtime, and our latest V-Ray GPU is there for production rendering from the Unreal Editor. We’re also already experimenting with DXR (the new ray tracing for DirectX) to bring a new level of interactivity to V-Ray across our product line. Our early results here are exciting, and we plan to have examples to show later this year.

V-Ray Next for 3ds Max, beta 3 is coming soon. You can also learn more about our latest V-Ray GPU from our talk at NVIDIA’s GPU Technology Conference (GTC)